This post is relatively delayed due to “business reasons”, also the last post about bare-metal Kubernetes deployments took too long.

A lot of people on the twitter sphere published a decade and/or a year in review.. so I’ve raided my iCloud photo library and will attempt to put something together.

Added this in because it’s relevant to where I found myself ending up in 2009..

So prior to 2009 I had been through a couple of support roles, being a DB admin and running a support team of Linux/UNIX, Windows, DBs and backup engineers inside a (B)ritish (T)elecommunications company. Following this I became a consolidation architect with Sun Microsystems (/me pours one out for SUN), with the project goal of shrinking five creaking old data centres into a shiny brand new one for the same (B)ritish (T)elecommunications company. The main goal was taking their big old servers (E10Ks, V440s etc..) and migrating their applications into Solaris Zones. 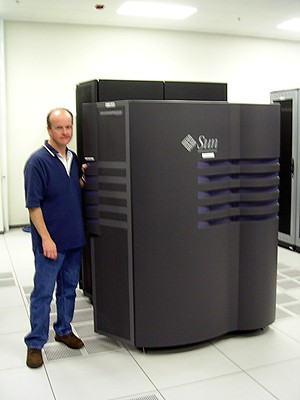 E10K with human for comparison

You might be thinking why does this matter, well somehow I’ve ended up doing the same thing over ten years later ¯\_(ツ)_/¯

Back to the timeline, Towards the end of 2008 things took a pretty grim turn and the financial crash caused a 50 person team (In September) to be down to 4 people by November at which point it became a 3 person team (me being the 4th person 😔).

In mid-January I had been out of work for three months, the financial crash combined with the Christmas period meant that the job market was pretty much none-existent. I think we had enough money for a month or two of rent for where we were living and then that would be it 😐…

A number of interviews later I accepted the role, packed bags, booked flight to Frankfurt … and then got the bus to Darmstadt 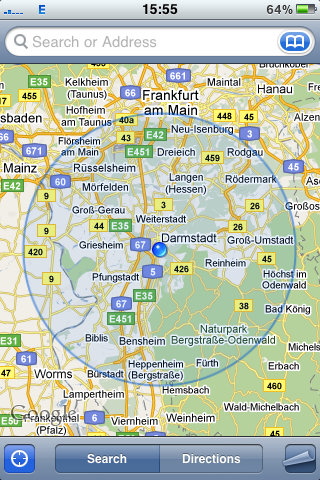 So not actually Frankfurt after all

I spent four crazy years living in Germany where I made a ton of friends from all over the world (Australia, Indonesia, Bulgaria, Italy, America, Spain, Greece and of course Germany). From a social perspective Germany has a fantastic outdoor lifestyle:

The work itself was pretty varied, sometimes a focus on writing reams of paperwork (100+ page guide to installing SuSE 🙄) to architecting and building platforms and systems for actual space missions. Also there was the opportunity to support some of the actual satellite missions which was always both exciting and pretty terrifying be part of. 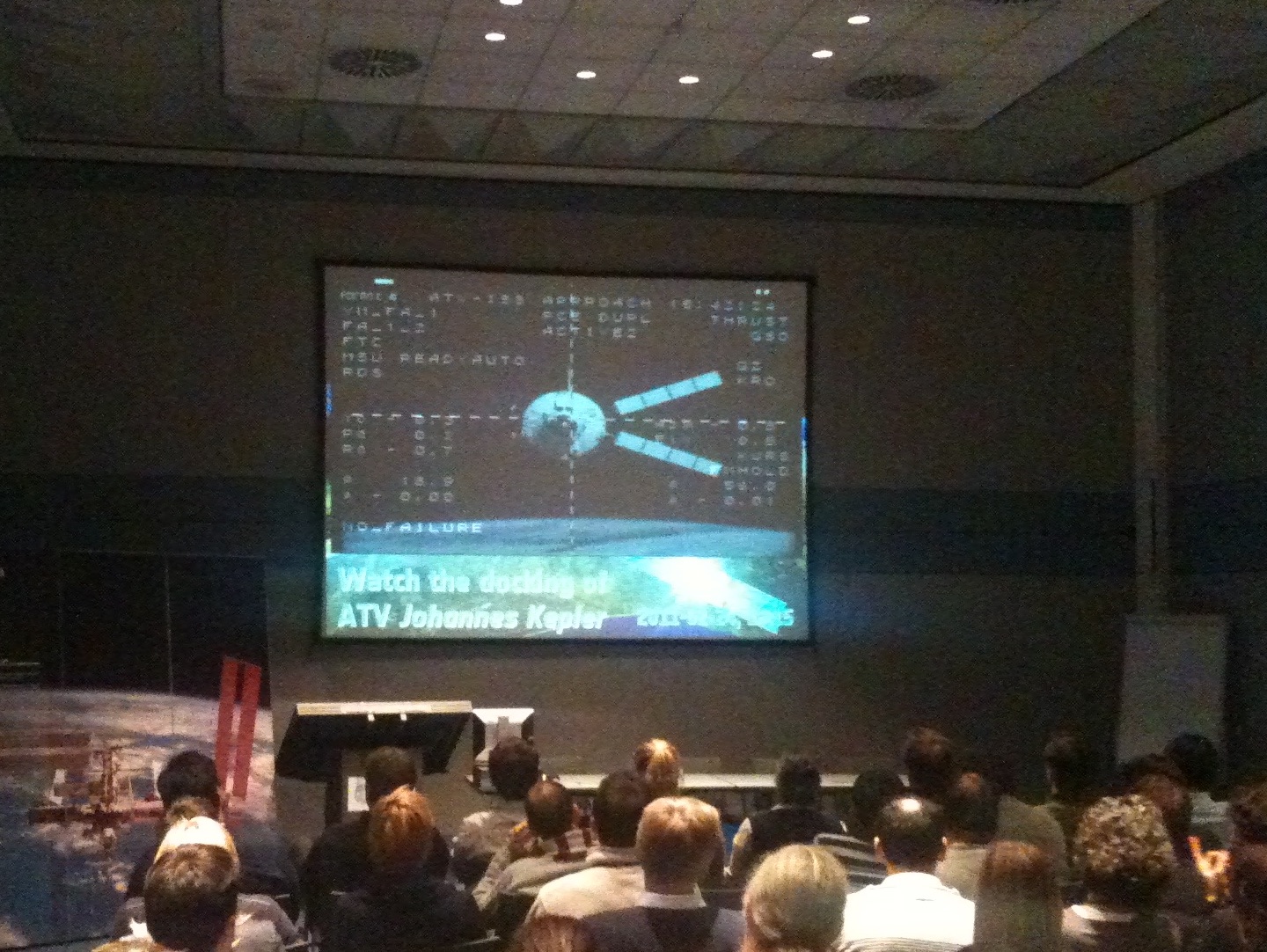 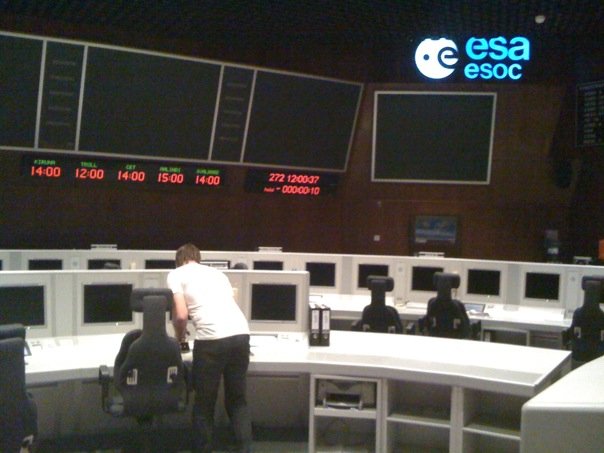 Before we modernised the command centre 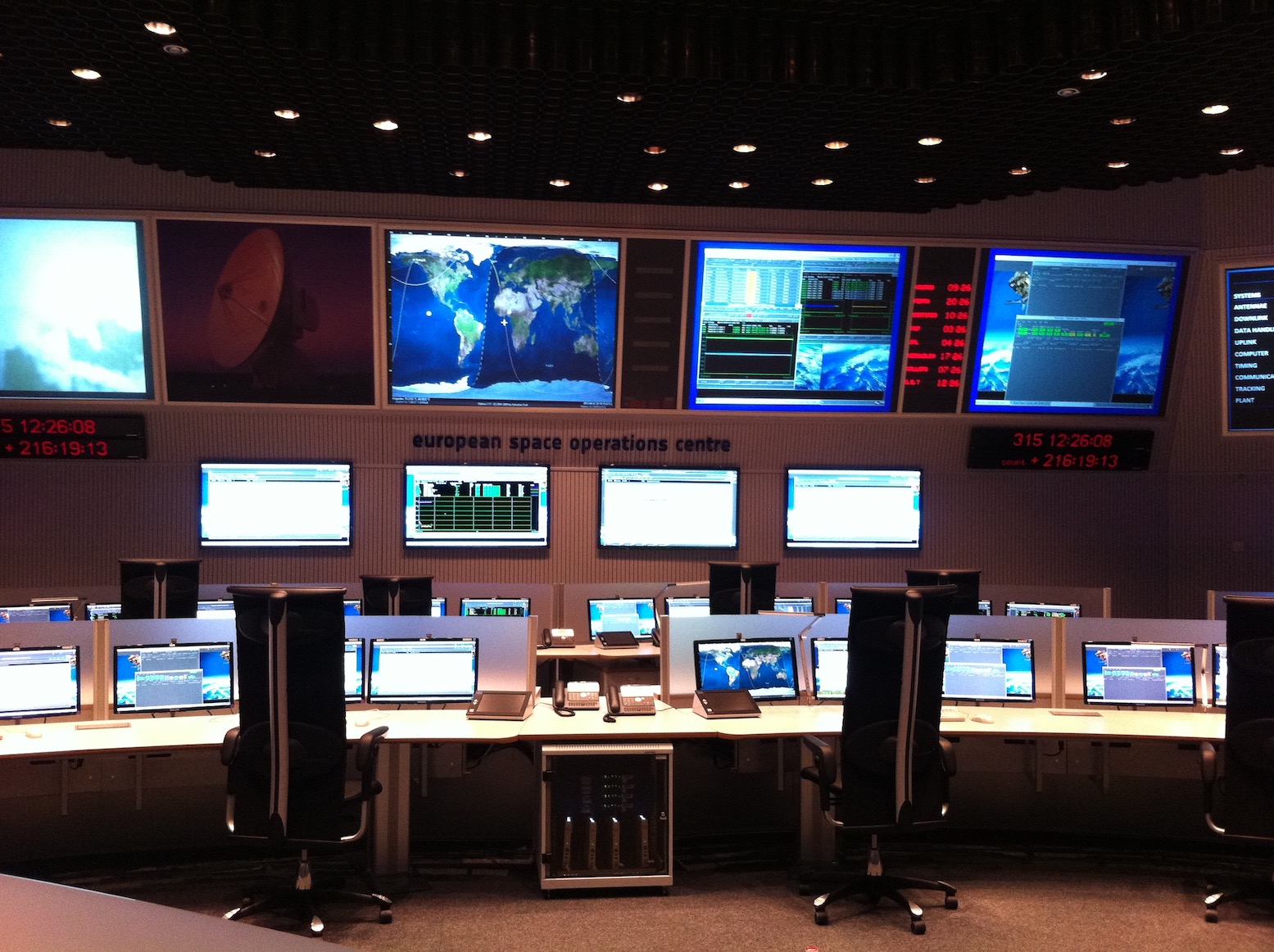 All brand new, (still powered by some of my hacky kernel modules)

With Kim unable really to find the role that made sense for her, we made the decision to head back to the UK as the market had started to improve. I took a role with Sky that was involved some of the heaviest infrastructure work I’ve ever been part of, but a fantastic experience none-the-less. Deploying a Disaster recovery site almost single handedly was a highlight! (Ah site B) Everything from Servers(HPE/Cisco with vSphere), to networking (Cisco Nexus switches) and storage (EMC/IBM XiV/Brocade) I got to play with and learn about. I also had the opportunity to decommission the original site, which was also fun and also a little bit on the gross side… When your cabling is “organically” grown it ultimately becomes an unfathomable under the floor mess for someone else (me) to sort out. 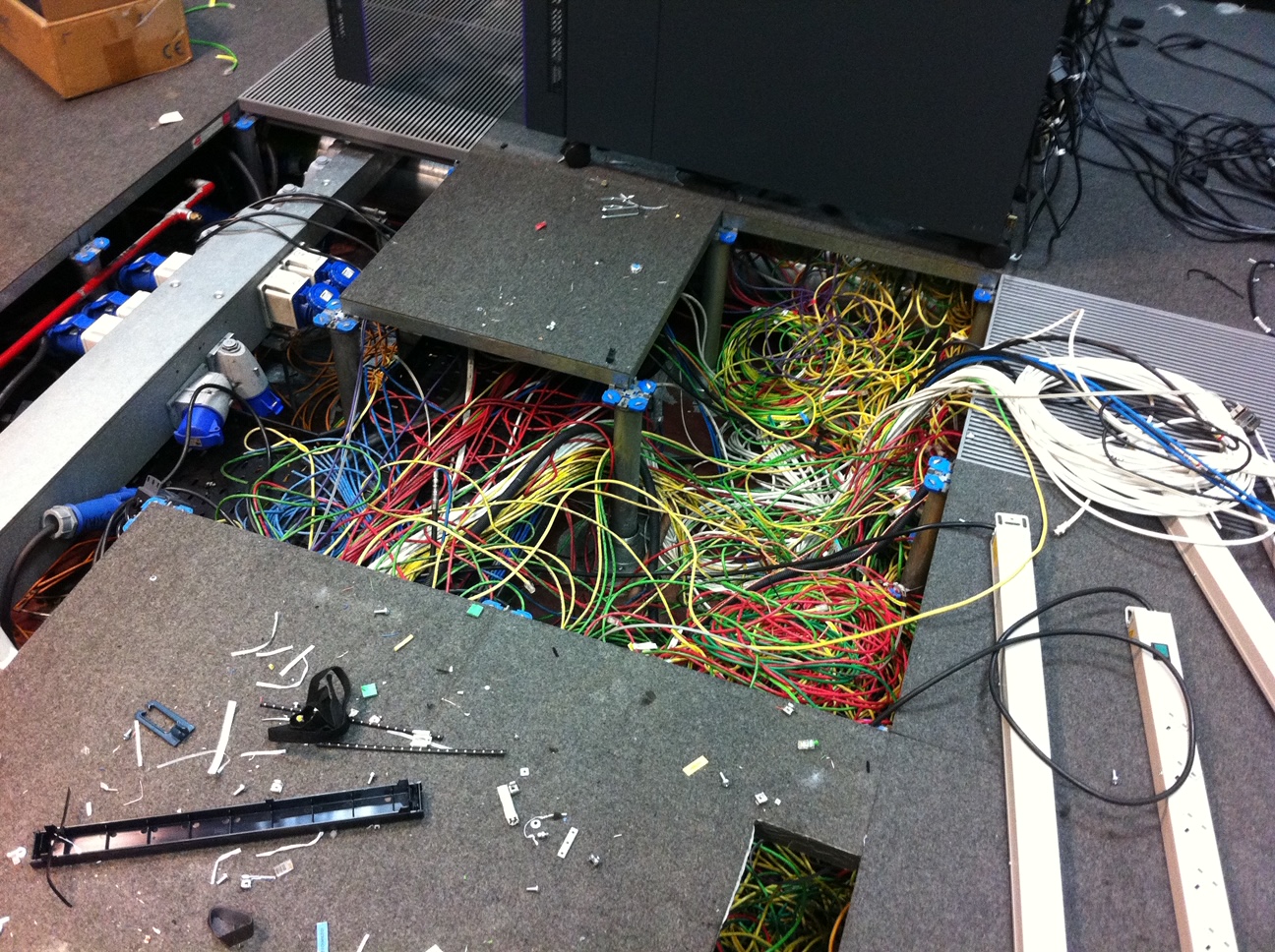 This took days to sort out

By now Kims career had taken off, I’d spent a fantastic few years getting pretty low-level with various infrastructure vendors when one reached out to me. Approximately 48 interviews later on I’d bought a suit (mandatory) and was part of a team in HPE focussed on the merits of “converged infrastructure”! 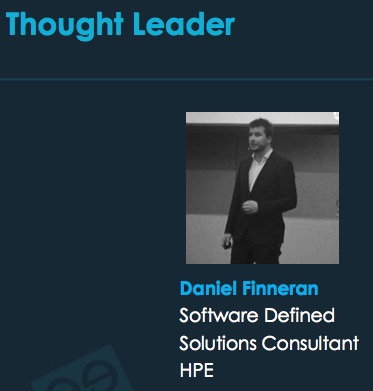 I certainly did not choose the title on this 🙄

Over the three to four years at HPE I created a lot of powerpoint, learnt a great deal about PCI-E switching ¯\_(ツ)_/¯, memristors and a variety of other technologies. I was more than a little insecure about being the only person on the team without several CCIE certifications amongst other various industry accolades, however the entire team was 110% focussed on knowledge sharing and ensuring we all learnt from one another as much as possible (something I’m passionate about). It was here that I was asked to present in-front of an audience for the first time, which I still have nightmares about too this day… standing on stage shaking and stumbling over my words whilst trying to remember all my content about “sustainable data centre energy use” 😬. Although somehow after getting through that presentation I ended up being drafted to present more and more, to the point where I was regularly travelling around doing roadshows about various new HPE products. At some point I was asked to work on a new HPE partnership with a start up called Docker 🐳…

As part of some of the work I’d been doing at HPE around automating bare-metal, I’d stumbled across a project called Docker InfraKit and had written a plugin so that it could be extended to automate HPEs converged infrastructure. This lead to a chance email from an employee at Docker that asked if I’d be interested in participating in another project they were developing. I immediately said “yes” as it sounded super exciting to be part of! I received an email invite to a private GitHub repository to discover a new project for building Linux distributions .. to my horror the entire project was written in GO (I’d never written a single line of GO code at this point) 😱

Too embarrassed to say anything I decided to try and quickly get up to speed, I quietly worked away on simple fixes to command line flags and updating documentation. Finally I managed to write some code that “worked” and allowed the tool to build Linux images as VMDK files and run them in VMware Fusion and vSphere clusters.

Whilst still at HPE I went to DockerCon US 2017 in Austin, which turned out to be a very bonkers experience…

I had the privilege of joining the Docker Captains program, which is a group of people that are ambassadors around all things Docker. 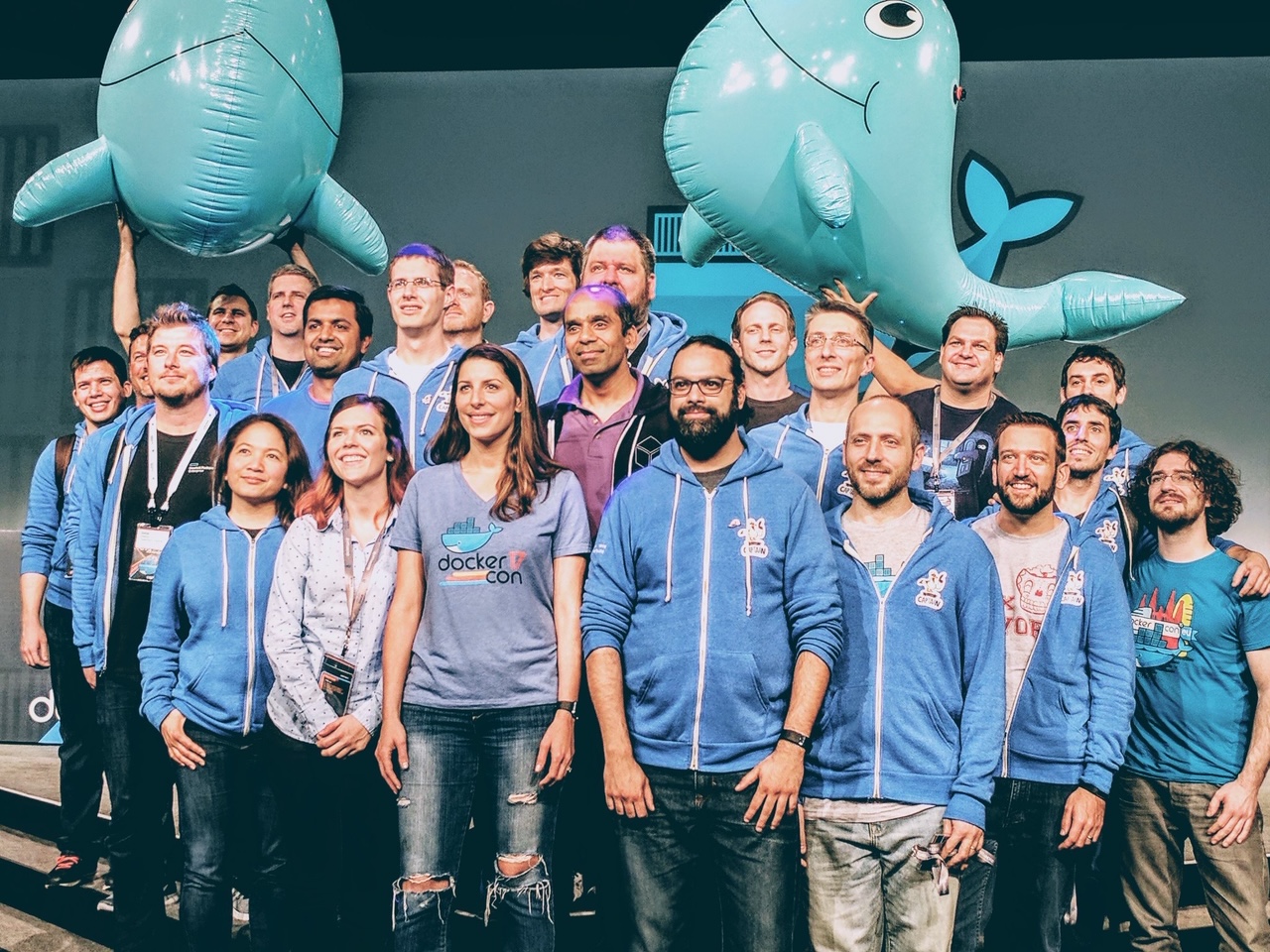 I got to see the project I’d become part of finally be renamed (Moby -> LinuxKit) and be released to the wider community! 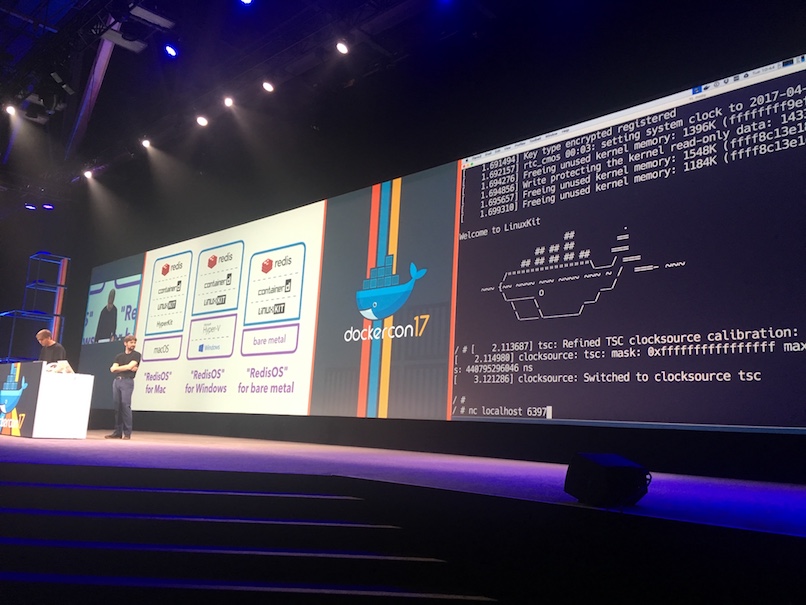 I made some amazing friends at Docker including Betty and Scott, amongst others :-) 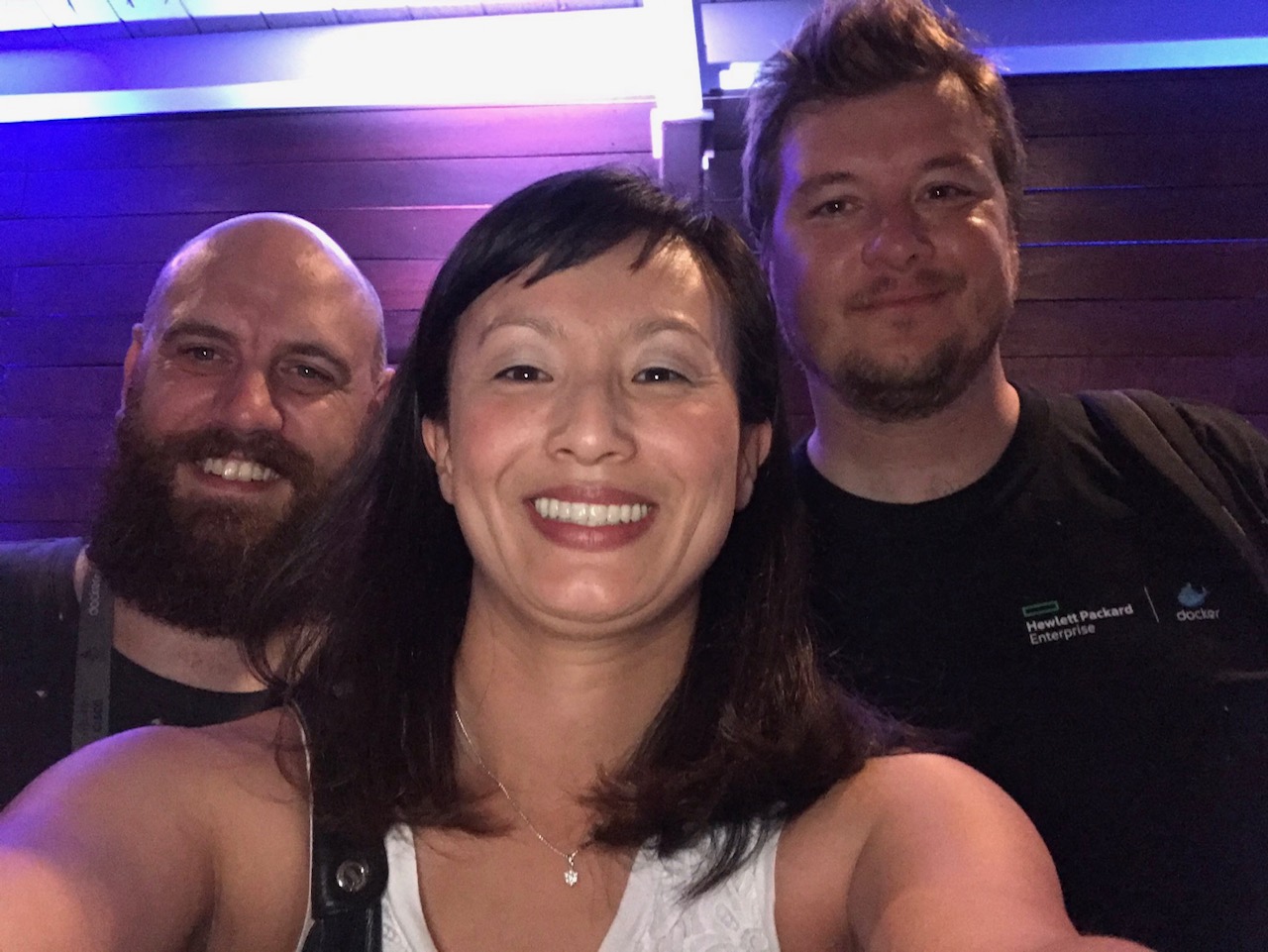 Also getting to hang around with Solomon was great fun :-) 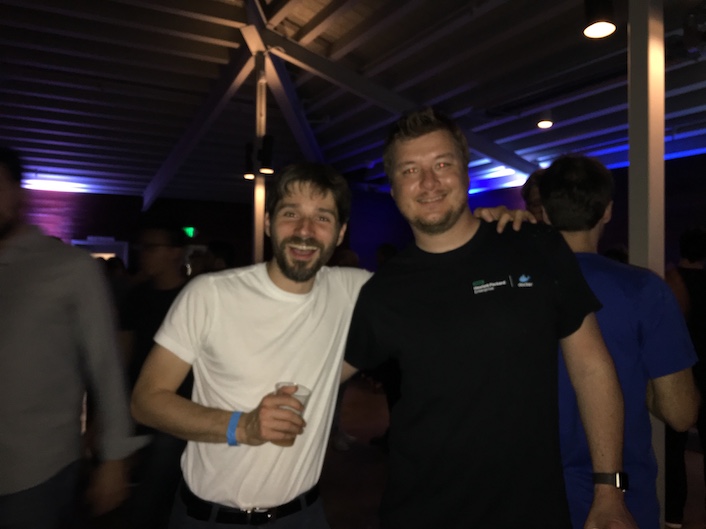 It was a fantastic 18 months which involved:

Toward the end of the 18 months the changes in strategy had started to push me to consider other options, and after a “chance” meeting with Scott Lowe in a coffee shop in San Francisco I decided to go have a real conversation with Heptio (I’d also had a conversation with $current_employer but that’s another story). I flew from the UK to spend a day and a half in Seattle to speak with Heptio, I pretty much spent the same amount of time in airports and planes as I did in Seattle itself but it was worth it. 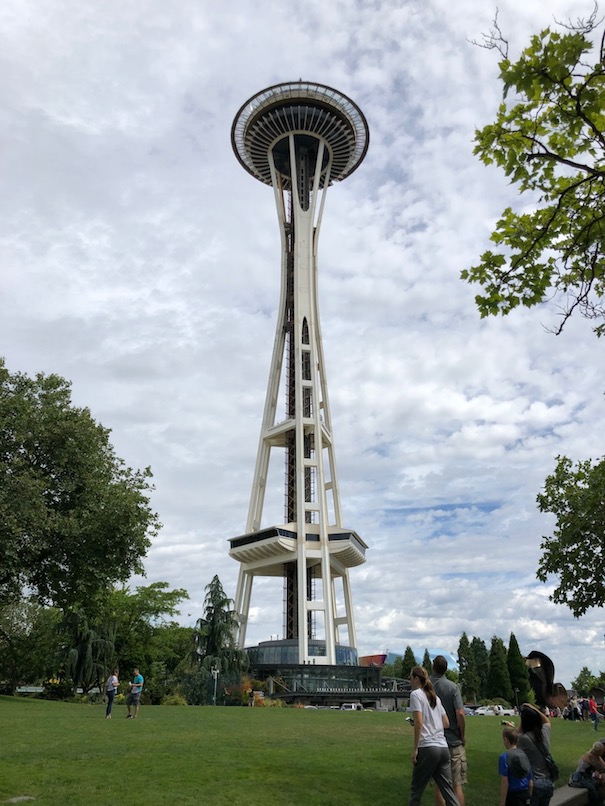 Seattle has some amazing buildings

After accepting I became the sole “field engineer” in EMEA and ended up fiddling with, breaking and fixing Kubernetes clusters for a living :-) 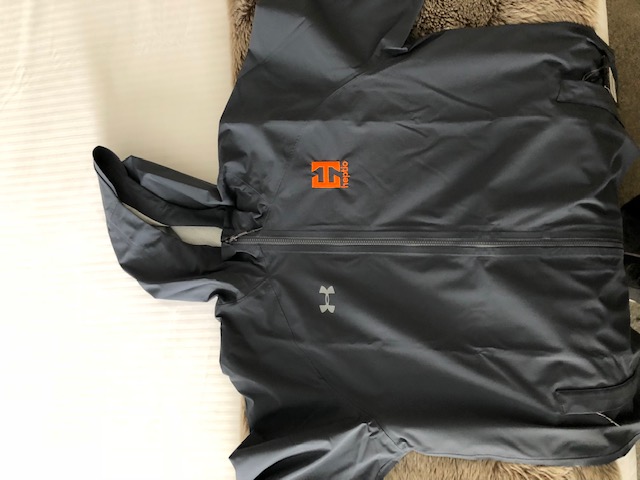 Heptio was acquired by VMware in early 2019, and we’ve largely been continuing the same work.. The only change is that I’m now no longer the only person in EMEA 😀

Maybe you could buy me a cup of coffee.

Open alipay app scan this qrcode, buy me a coffee!

Open wechat app scan this qrcode, buy me a coffee!